EF Education First, a company that provides educational travel and cultural exchange programs throughout the world, was experiencing unmanageable energy costs at its 200,000 sq. ft. headquarters building in Cambridge MA. EF was also having difficulty maintaining thermal comfort in the relatively new building. The issue was escalating as EF’s business was expanding and the employee head count was increasing.

ENGIE Services U.S. (ENGIE) performed a comprehensive energy efficiency treatment, which resulted in the designation of “Energy Project of the Year” by the Association of Energy Engineers.

The existing systems consisted of air handling units (AHU) on each floor equipped with direct expansion (DX) cooling coils and compressors that reject heat to a condenser water loop/cooling tower system. The ENGIE upgrade consisted of converting the DX cooling to central plant chilled water cooling by changing out the AHU DX coils to chilled water coils, converting the condenser loop piping to chilled water piping, and adding two efficient variable frequency drive (VFD) 300-ton centrifugal chillers to the system. Other changes included the installation of electronically commutated motors (ECM) in place of the inefficient fractional horsepower motors in the 250 fan-powered boxes throughout the building, Building Automation System (BAS) upgrades, and VFD installations on pumps and fans. Ventilation was controlled through the use of a building-wide CO2 monitoring system and the addition of restaurant hood controls that reduced exhaust and makeup air during periods when the grills and ovens weren’t being used. With the new HVAC systems and free cooling controls, for the first time in the life of the building, temperatures were maintained in the comfort zone without mechanical cooling. 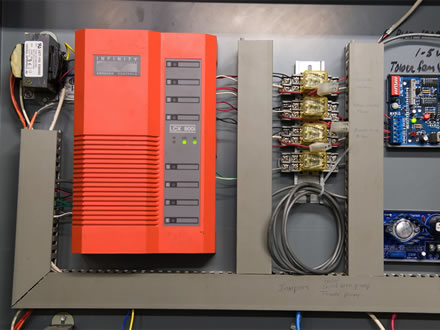 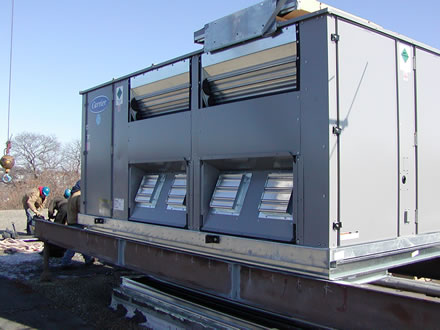 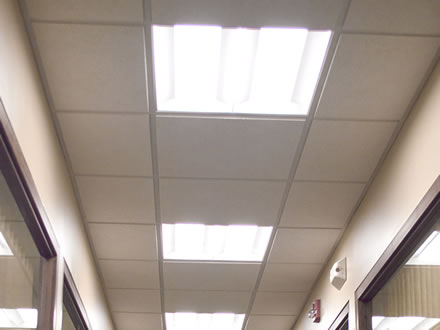