I understand: take me to the ENGIE Services U.S. website anyway.
Expected to save the City $30MM and cut energy costsby more than half over the life of the program
Expected to achieve cumulativesavings of 7,200,000 kWh annually
City-wide LED streetlight upgrades avoid carbon emissions of 5,000 metric tons annually, the equivalent to removing 1,050 passenger cars from the road
San José is on track to be the first U.S. city to install smart,energy efficient streetlights city-wide

With over a million residents living and working in the City of San José, the heart of California’s Silicon Valley, City officials knew a commitment to sustainability was paramount to ensuring the ongoing safety and resiliency of this growing metropolis. In 2007, the City introduced its Green Vision, setting 10 ambitious goals over 15 years for environmental protection and economic development. Two of those goals are to replace 100 percent of City streetlights with smart, zero-emission lighting, and to reduce per capita energy use by 50 percent. In 2018, the City introduced its Climate Smart San José plan, setting nine new goals for the low-carbon, energy efficient future of San José. Along with the City-wide LED streetlight retrofit, the construction of solar canopies at seven sites across the City, totaling 1.33 megawatts, has given San José a head start on its goal of transitioning to a renewable energy future.

In 2014, the City of San José partnered with ENGIE Services U.S. (ENGIE), and began installing smart, energy-efficient streetlights city-wide — coupling energy efficient LED streetlights with communication control systems. The smart streetlights’ communications capability enables the lights to be monitored and programmed to dim when appropriate for greater energy savings. Additional applications, including real-time energy reporting, help enhance streetlight maintenance and provide other problem alerts. This groundbreaking program was launched after years of meticulous planning following the City’s commitment to Goal 9 of its Green Vision plan. Initially, the San José Streetlight Policy was revised to help address the City’s energy and hazardous waste reduction goals. The policy also provided directives to minimize light pollution by protecting the night sky for astronomical research work by Lick Observatory. Then, the City began to test “smart” LED streetlights that improve energy efficiency, which have the ability to be controlled remotely, and protect the night sky. The last step before implementation was when streetlight pilots and demonstration projects were deployed in residential and industrial areas to evaluate power line and wireless communication and control systems, as well as to garner feedback from the public.

This comprehensive streetlight conversion project was funded by a combination of paid- from-savings opportunities, federal grants, and local improvement and development project funds, including a significant energy utility rebate. 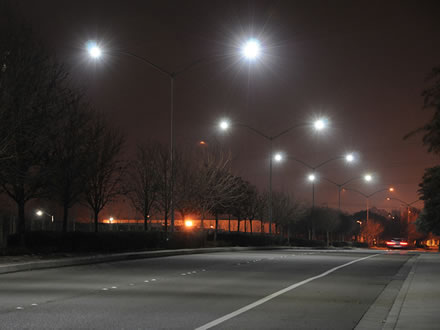 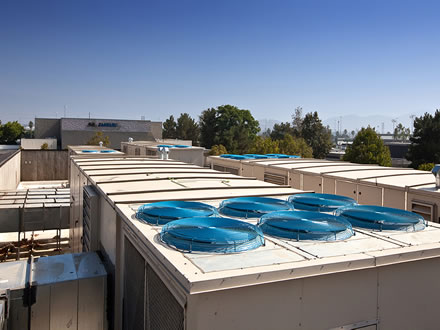 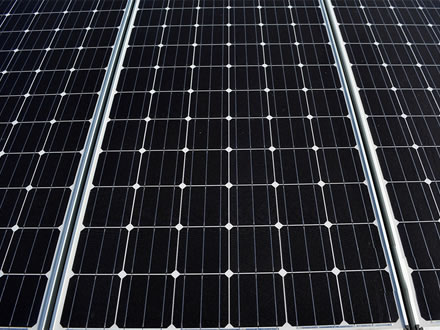