I understand: take me to the ENGIE Services U.S. website anyway.
Expected net savings of $12.5MM over 25 years
Offsets carbon emissions equivalent to removing 119cars from the road (after the first year of the program)
Educational tie-ins enhance ongoing STEAM education programs

Berryessa Union School District (BUSD) is located in the heart of Silicon Valley, nestled against the northeast foothills in San José, California. The District serves a community of approximately 45,000 households and has almost 8,100 students enrolled in kindergarten through eighth grade. In early 2015, District leaders were searching for ways to reduce BUSD’s overall environmental footprint by investing Measure L funds in renewable energy to bring about ample financial benefits, while enhancing the District’s ongoing science, technology, engineering, arts, and mathematics (STEAM) education program.

In September 2015, BUSD began working with ENGIE Services U.S. (ENGIE) to develop a roadmap for achieving their sustainability, financial, and educational goals. ENGIE put forth a design-build plan to install solar photovoltaic (PV) canopies at 12 sites and a ground-mount solar array at Sierramont Middle School. From program inception, ENGIE communicated solar design principals with District stakeholders and ensured that the District could achieve optimal conditions to benefit from the proposed solar arrays. As a result of the rigorous energy analysis, the solar panel system will take on 70 to 73 percent of planned electric load by site, which reduces the District’s electricity costs significantly.

ENGIE kicked off development with an energy assessment, site walks, and community meetings to review potential solar locations. Construction on the solar arrays began in spring 2016, while ENGIE’s education team continues to work with the District on the development of an educational component to the program aligned with District goals for student achievement in STEAM. On-site solar construction kicked off in May, with many modernizations implemented in the summer of 2016 to avoid classroom disruption.

In addition to installing multiple flexible instructional spaces, upgrading classroom furniture, and completing paving at many sites as part of Measure L, the District is utilizing the funds to cover the solar program. The ENGIE team will monitor the solar installations in real-time and provide annual reporting on solar production, keeping BUSD leaders abreast of the performance of their solar.

The District looks forward to the positive impact that program completion will bring to the learning environment, to the General Fund, and to the local environment. The nearly 2.4-megawatt solar system is expected to produce more than 3.3 million kilowatt-hours in the first year of the program and provide a net benefit of $12.5 million over 25 years. ENGIE continues to support the District through project closeout and beyond, helping to cement the District’s position as a regional leader in fiscal and environmental stewardship and STEAM success across the region. 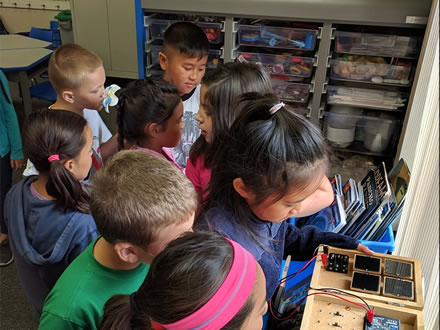 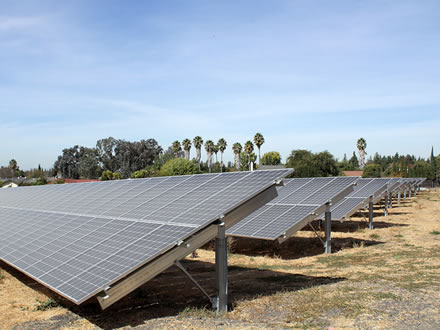