I understand: take me to the ENGIE Services U.S. website anyway.
Program is expected to savethe District $194,000 annually
Solar generation reduces thecurrent utility expenses by 55%
Ongoing solar education opportunities will be customized for the community following the success of a hands-on solar kit demonstration activity for 60 local youth and over 100 families during the 2016 CCCFPD Open House
Expected to avoid 214 metric tons of CO2 in the first year of the program, the equivalent to removing 45 cars from the road
"ENGIE Services U.S.' committed and hardworking team is working diligently with us to upgrade our outdated heating and cooling equipment and install clean, renewable solar power to offset energy costs across the District. We are excited to make this wise investment for the Contra Costa County community by decreasing our utility expenses for years to come and to contribute as strong environmental leaders in our region."
Lewis Broschard, Deputy Fire Chief, Contra Costa County Fire Protection District

Contra Costa County Fire Protection District (CCCFPD) serves nine cities and the unincorporated areas, serving a population of 600,000 across a 304 square-mile area in the California Bay Area. The District’s dedicated team of firefighters and staff provide vital fire protection and professional emergency services dedicated to the preservation of life, property, and the environment.


In January 2017, CCCFPD formalized a partnership with ENGIE Services U.S. (ENGIE) to install solar power and replace aged heating and cooling equipment across District facilities. CCCFPD’s goals for moving toward higher performing building operations were twofold: reducing its carbon footprint and lowering utility expenses. Approaching the program by leveraging utility incentives and rate structures, the ENGIE team designed a program that is unique to the District’s needs and goals, helping CCCFPD become a more efficient, effective fire protection district while also upgrading dated infrastructure. The vision of the CCCFPD has resulted in a project which generates new solar power at fire stations and energy efficiency projects which will align with the Contra Costa County Climate Action Plan (CAP) goals set by the County in 2015. The CAP goals include installing three megawatts of solar at public facilities and reducing 626,630 metric tons of carbon emissions by 2035.

At the end of 2016, CCCFPD did not have enough funding to replace outdated heating and cooling equipment that was entering the end of its useful life at fire stations across the County. Highest priority HVAC units were selected for replacement first, based on age and condition, with some units being as old as 30 years and the pre-existing boiler approaching nearly 50 years of continuous use. By using the project’s utility savings to pay for new, otherwise capital-intensive equipment at 14 District sites, the improvement plan will require little up-front capital. Most importantly, the new equipment will create more comfortable facilities with consistent temperatures for first responders across
the District.


In addition to upgrading heating and cooling systems and conserving water through aerator installations at kitchen and restroom faucets, the District will install a total of 752 kilowatts of solar PV on parking shade canopies and ground-mount systems at the following four sites:


The District has been working with ENGIE’s Education Team to offer ways to build and highlight energy conservation activities in the community. Before the program even began, ENGIE sought ways to jumpstart community impact and to get people excited about the forthcoming energy upgrades. In October 2016, ENGIE led 60 local youth in exploring the science of solar with a solar kit activity at the CCCFPD Open House, where over 100 families were in attendance. Moving forward, ENGIE’s team is supporting ongoing community engagement in sustainability through media outreach and targeted public education meetings and events.

CCCFPD is working with ENGIE to take advantage of the PG&E RES-BCT program to build the 562 kilowatt ground-mounted solar system at the Delta Fair site in Antioch, CA. RES-BCT empowers local government entities with eligible renewable generating facilities to send energy to the grid and receive generation credits to apply to other sites operating within the District. The District’s energy costs across various sites can vary over the years, and the RES-BCT program gives greater control and flexibility over the
amount of generation credit to be allocated each year to each site.

Through this program, the District is expected to achieve $194,000 in net savings annually, and the District’s new solar generation capacity is expected to reduce the current utility expenses by 55%. This program will cement the District’s contributions
to ongoing County-wide fiscal and environmental stewardship set forth in the County’s Climate Action Plan, including energy efficiency measures, solar generation capacity, public energy conservation awareness, and water conservation initiatives. With less worry about facility operation and upkeep, District administration can focus on directing the most critical resources to effectively serve the needs of Contra Costa County first responders to save more lives. 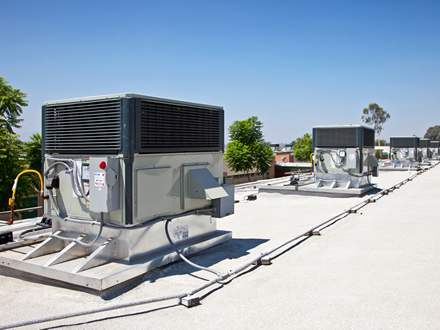 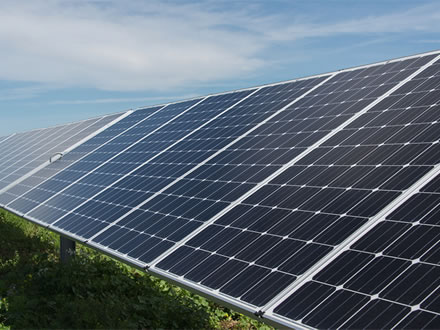 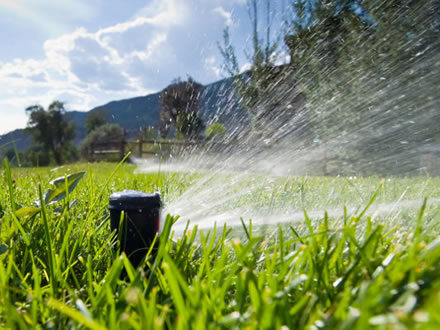